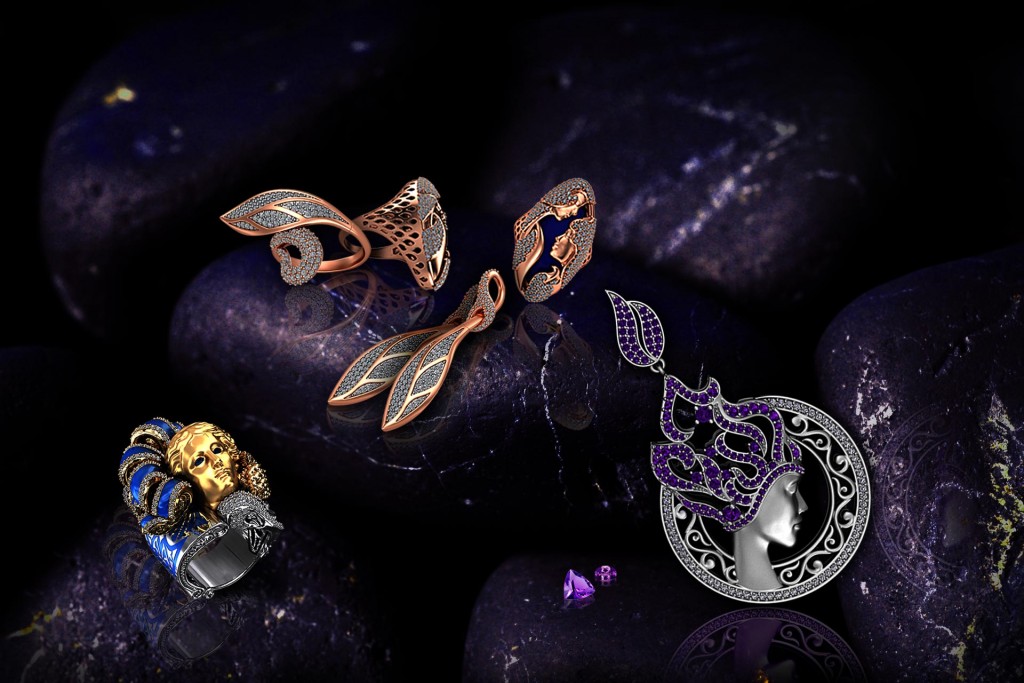 Jewelry has always been an inseparable part of peoples’ lives. The tendencies have always changed; the styles went from antique to modern and back again. But other than that the ancient look and antique feel of the jewelry models has always been something that grabs the attention. In this post we will try to highlight some of the most inspiring jewelry designs from different parts of the world.

1. In the early nineteenth century two major styles combined: Gothic and Renaissance. These jewelry models represented the time period of national achievement. They characterized all the great parts and all the beauty in the history of European civilization. This style in jewelry design always pops up in this or that jewelry collection. The classic will never disappear. Well that’s what most says…

2. In the later years throughout Europe costume balls have become very popular. So this developed a new style in jewelry design. Antique jewelry models were copied to be worn with luxury dresses. Many historical portraits were used to make exact copies of luxury jewelry models.

3. In Germany a romantic movement aspired in mid-19th century. The jewelry models represented a return to Gothic style. The jewelry designs were close to the middle ages.
In France golden jewelry left its place for iron jewelry. The main reason for this was that the noble people were forced to turn their golden jewelry pieces to raise funds for the war. So the goldsmiths started working mostly with iron and semi-precious stones. This style, now known as Berlin Iron is still very fashionable these days.

4. The ancient Egyptians highly valued personal jewelry. The luxury jewelry was used to highlight the social class. Earrings, bracelets, armbands, rings, anklets were all very common in ancient Egypt. Gold and precious stones dominated in the jewelry pieces. In second place other than gold copper was used. Of course copper represented much lesser social class. The most important and spread type of Egyptian jewelry was the wide collar necklace. Every once in a while we can see it in this or that jewelry collection nowadays. Most of amulets and charms that are very popular these days were equally popular back in the years of Pharaohs.

5. Native American jewelry – especially Mayan jewelry was one of the most luxurious in ancient world. Mayan civilization was one of the most advanced of their time. At first metal was hard to carve for them. So the jewelry models mostly consisted of bones, feathers and semi-precious stones. Later when metal started being more commonly used, they started making incredible jewelry pieces. Earplugs and nose plugs/pins that are so common these days were a common thing for Mayan men and women. The biggest part in Mayan jewelry took the jade. Exotic shells were commonly used in combination with jade to create certain types of luxury pendants and bracelets.

Thanks to ancient ruins, tombs or pictures we know a lot about ancient jewelry tendencies and history. All of them have been very popular in their ages, but are still now. Even if we don’t use the copies of those, one can find something similar, or just a detail representing this or that culture.